The critical link in any LED lighting system 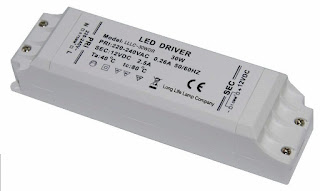 LED lighting has revolutionized light sources throughout the world. LEDs are by far the most versatile, efficient, and long-lasting light source on the market. However, what many users don't realize, is that an LED lighting system is only as good as the LED Driver you use to power it.

LED Drivers, also known as power supplies, are arguably the most important component of an LED system.

They step the supplied line voltage down from 120-277VAC to a low-voltage range at which the LED's can easily operate.

The LED Driver does two things:


LED's by nature are driven by a constant current; meaning that they can be driven by a set range of forward voltage, so long as the current remains constant. However, to make most LED products more user-friendly a current limiting resistor is added in series with LEDs (as is the case with most LED strips) so they can operate at a set voltage as opposed to a set current.

For this reason most LED strips operate at either 24V or 12VDC.

That being said, most performance characteristics of an LED system are reliant on the specs of the LED driver being used. The LED diode itself can only determine the light-output, distribution, color, and quality. The LED driver on the other-hand determines the dimming functionality of the LED system, the control of the light, and in most instances, the lifetime of the system.

Not all LED Drivers are created equal! Similar to how LED light engines vary greatly in design and quality, so do LED drivers. Additionally, LED drivers are composed of many electronic components which are individually susceptible to failure and have their own rated lifetime. In fact the US Dept of Energy conducted a study of failure modes of LED lamps and found that the LED driver is resoundingly the #1 cause of failure for an LED Light System stating: "Driver electronics can be an important reliability concern for LED luminaire systems, sometimes more important than the LED sources." 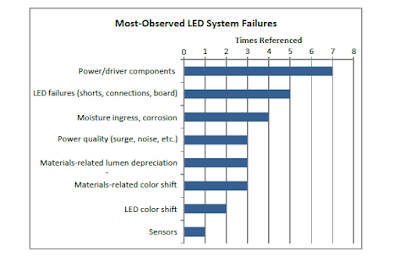 
That being said, when designing any LED system, it should be of the upmost importance to the designer to specify a high-quality LED driver that matches the specs of the LED's being driven. The lifetime of an LED system is only as good as the weakest component. If an LED chip manufacturer has tested their LED strip to have a 50,000 hour life-span (obtained by LM80 tests), and you specify a driver with a 20,000 lifetime, then your LED system only has a 20,000 hour rated lifetime. Specifying a system that only lasts 20,000 hours may completely offset the desired energy and maintenance savings that the LED system was intended to provide in the first place.


LED Drivers come in a variety of shape, styles, and configurations. The most common type of LED driver used with LED strip lighting are external or remote LED drivers. This means the the low-voltage LED product is installed and driven at its specified voltage (current) by a driver located externally.


LED Drivers determine the dimming functionality of your LED lighting system. Certain LED drivers require additional wire to be run from the dimmer or controller to dim the lights (0-10V). Other LED drivers use heritage dimming systems (TRIAC) which are the most common type of dimmers used with incadescents. These drivers do not use additional control wires, but are able to dim LED loads using the supplied line voltage wiring. Several other dimming methods are being used with LED loads today, but those will be saved for another discussion.


Many users believe that the "120V" flexible LED strips available by some retailers are actually driver-less LEDs, but there is no such thing as an LED that can operate at 120VAC without added circuitry, those products are in fact a fixture  meaning that tiny drivers have been integrated into the strip itself. these tiny drivers often have significantly shorter rated lifetimes when compared with their larger remote-driver counter-parts, and can cause a host of dimming and performance issues. It is recommended that you thoroughly asses the rated lifetime and warranties provided by these systems. LED strips with remote drivers, or LED fixtures with integral drivers are often a more lasting choice.


Luminaire: (NEC Article 100 Definition) “a complete lighting unit consisting of a lamp or lamps together with the parts designed to distribute the light, to position and protect the lamps, and to connect the lamps to the power supply.

**NOTE: Some people erroneously refer to an LED driver as a transformer. A transformer is used to regulate and transfer energy through magnetic induction in alternating currents.
Labels: Helpful Tips